Rosemary Hedge Plants are sun-loving shrubs with needle-like leaves that are edible. To flavor meat, soups, and many other foods, you can use its fresh or dried leaves as it offers a particular flavor. The optimum time to plant rosemary is in the spring season. Although these are quite hardy plants that can withstand drought, they still need regular watering during dry summers.

Hedge plants can provide privacy, define a space, and add structural interest to the garden, among many other advantages. Imagine a hedge that accomplishes these tasks as well as being aromatic and beautiful, edible, medicinal, and feeding and housing beneficial creatures.

Rosemary cultivars with upright growth make good hedges. Most of them will reach heights of 4 to 7 feet when fully grown. The Tuscan Blue rosemary plant is one of the most striking because of its stature and beautiful dark blue blooms. To learn more about these beneficial hedge plants, take heed of the information below.

How Long Do Rosemary Bushes Live?

If the conditions are good, rosemary plants typically live between 10 and 30 years. Rosmarinus officinalis, as it is scientifically known, is a perennial herb. It is an evergreen shrub with woody stalks and many leaves. It grows untamed near the coastlines and has its origins in the Mediterranean. 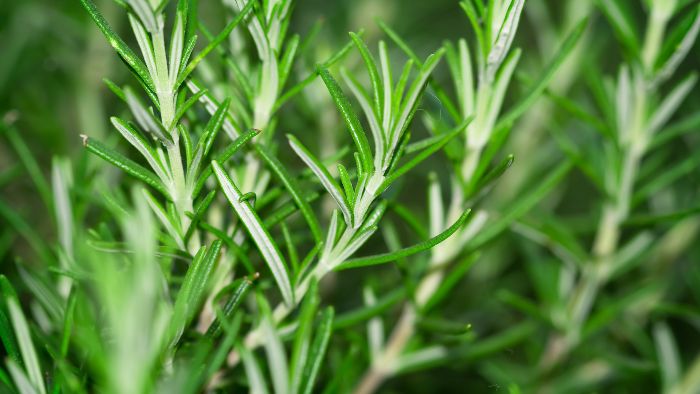 It develops as an evergreen semi-shrub in its native climate when given plenty of warmth. It grows quite bushy in warm weather and is spindlier and shorter in colder climates. The flowers are small and have an eye-catching purplish blue color, with the occasional bearing of blue-white blooms.

Early summer is when the flowers can be seen as they spread out in clusters when grown as rosemary hedge plants. In moderate climate zones, the blossoms can be a good supply of nectar for bees in late winter and early spring. There are several types of rosemary which include the most commonly known blue lagoon, Lockwood de Forest, R. lavandulaceus which is a dwarf variety of rosemary, and the Tuscan blue amongst others.

One of the most well-known and valuable scented bushes is rosemary hedge plants. However, there are many different varieties that you could opt for. Therefore, knowing whether or not a particular plant is invasive before planting is crucial. Let us help you understand the rosemary root system so you will have a better understanding of these valuable shrubs. 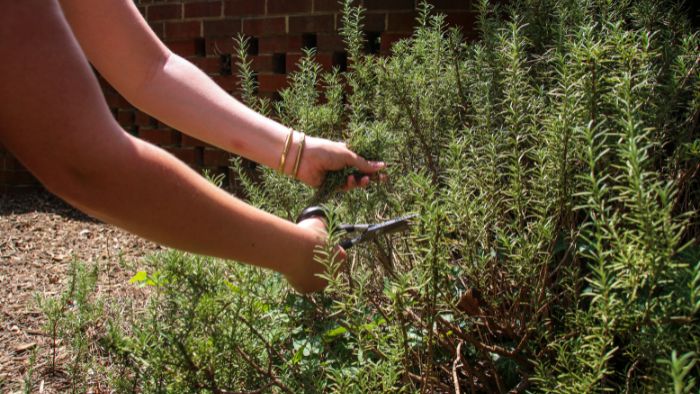 Does Rosemary Come Back Every Year?

Since rosemaries are perennial herbs, they will keep growing year after year. However, if planted in a pot, it will gradually grow less new growth and become extremely woody if not repotted.

If you bring rosemary indoors prior to the onset of freezing conditions, it will survive if you live in USDA plant hardiness zones 7 or lower. Listed below are a few vital tips that you should consider to ensure that your plant grows healthily.

You can grow rosemary plants outdoors all year round with protection during the chilly months in zone 8. Keep in mind that when they are fully matured, they do spread out. As a result, the plants offer good ground coverage. Because of this, people cultivate rosemary in their gardens so that the plants can colonize the entire space, which also adds aesthetic value.

Rosemary plants can also spread from their stems. By stem cutting, you can increase the number of plants you want to grow substantially. However, you must ensure that you cut the strong stems from the roots which will result in the growth of another rosemary plant. This technique will also afford you an increase in size or number. 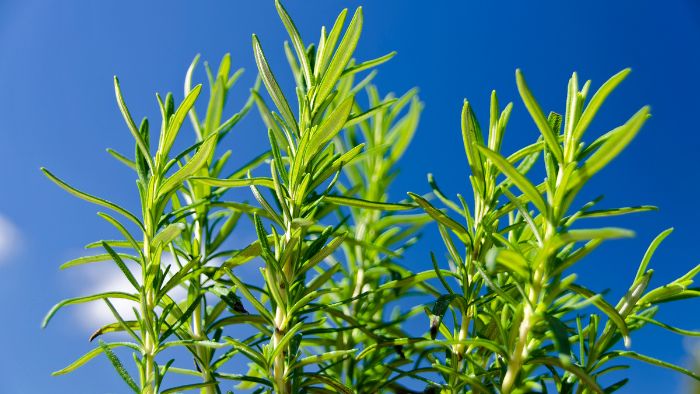 After Winter, if the rosemary is brittle and brown, it may have experienced root rot. To save your plant and bring it back to its glorious self, check for any healthy growth from which to take cuttings for propagation.

Due to the cold, moist soils of winter, rosemary is particularly susceptible to fungal disease. Prior to suddenly collapsing in the middle of winter, rosemary plants may appear healthy. Therefore, it is likely that you will have to start fresh come spring with new plants.

Learn how to prune your rosemary in this great video.

How Do You Keep Rosemary From Going Woody?

Lack of pruning, plant aging, excessive watering, and overgrowth are the main causes of your rosemary growing woody. However, seeing that rosemary is a shrub, it is only normal for it to become woody. But, this can be avoided with a little extra care and maintenance. This is because rosemary plants require routine pruning to stay in their best shape.

Additionally, these perennials prefer milder temperatures in the winter and sunny, dry settings in the summer. They are extremely resilient and can endure a significant shortage of water and sunlight, even for extended periods of time.

Here are a few tips and suggestions to keep your rosemary hedge plants from turning woody: 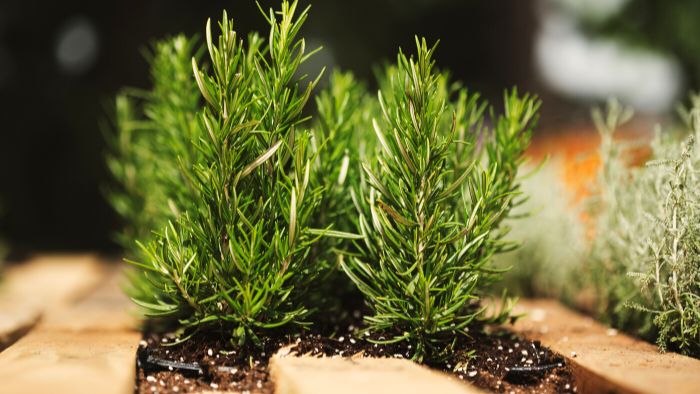 Giving your rosemary hedge plants some protection during harsh winters and in particularly cold places can keep them healthy. Crop covers, commonly referred to as horticultural fleece, are soft, translucent materials with fibers.

Placing them over or around delicate plants will shield them from weather-related issues and promote plant growth. After the rosemary blooms start to fade, trim back stems to keep them compact; otherwise, they will grow lanky. In colder climates, rosemary plants often develop their stems in the spring and early summer.

The new growth is more likely to harden off and turn woody when the dormant season starts. The stem will stop growing in length after this, but it will keep expanding in diameter for the rest of the plant’s life. Here’s a link with essential information about how to grow rosemary plants.